Costumes: The Good, the Bad, and the Strange 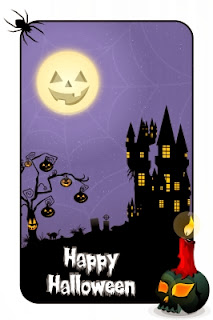 I love to tell people I was a skeleton clown for Halloween when I was five.  It's true, I'm not lying.  The third child of four, I didn't have many opportunities to choose my costume until I got a little older.  Still, in some warped way, I enjoyed being the skeleton clown.  We had a skeleton outfit, but no mask.  For some reason, we had a clown mask.  Voila! That's how Mom dressed me that year.

Another year, I was a cowgirl, wearing an outfit originally made for my brother or sister.  I don't recall all of my costumes, but I do know that the skeleton outfit was a rarity.  We made our costumes, year after year.  I talked Mom into buying me a princess costume in the store one year.  Back then, store-bought costumes were made out of ridiculously flimsy material, and I couldn't wear the masks, anyway, because of my glasses.  So, the princess outfit didn't work out too well.

Over the years, I dressed as a gypsy, a man (I cut a  few strands of my own hair to make a mustache), a hobo, a musketeer, and a ghost.  I don't recall ever dressing like a witch.  Not sure why.

I wore my most original costume the year after the princess debacle.  As late as Halloween afternoon, I still didn't know what I wanted to be.  I'm not sure how I made the decision, but I found a box that I could wear over my body and some light-blue wrapping paper.  I wrapped the box and drew a bowl of Rice Krispees on the box.  Then, I wrote "Snap! Crackle! Pop!" all over it.  Yes, my friends, I went as a box of cereal that year.  I was so proud...until Mom made me wear a hat because it was cold.  Back then, I had a tam.  Today we call tams berets.  So, yes, my Mom perched a beret on my head, and everyone thought I was an artist BECAUSE of that stupid beret.  Really?  Tell me the first artist that comes to mind when you see a square box that reads "Snap! Crackle! Pop!"

I came home that night aware my neighbors had no imagination.

What's your most memorable costume?