Showing posts from June, 2020
Show all

Writing Is Not a Solitary Endeavor 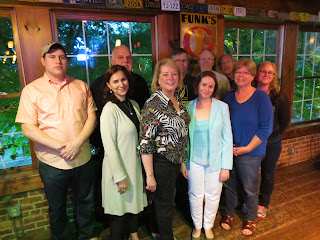 Part of my writing tribe Writing is not a solitary endeavor. (Yes, that's the title of this post, but I wanted you to read it again.) At some point, you have to share what you're writing to seek help or pursue publication. It stops being solitary at that point. This weekend, I announced my big news: my novel, tentatively titled The Watchers of Moniah,  has been sold to New Mythology Press . My journey to this important step started before I could read or write, and many people contributed to it along the way. Three specific women top the list. Aunt Vivian When I was sixteen, she asked me what was happening with my writing. I stared at her dumbfounded. How did she know I wrote stories? I saw her rarely and usually at large family gatherings. When I was young, too young to read or write, Vivian had visited, and I told her some stories. Turns out I asked her to write them down for me, which she did. I have no memory of this nor what happened to those early stories.
Post a Comment
Read more

Join Me Online for a Free Dialogue Workshop 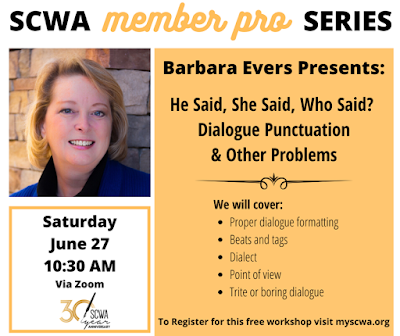 I'm teaching a webinar on writing dialogue this weekend, and it's free. You can join me and South Carolina Writers' Association as I participate in their Member Pro Series. When:  Saturday,   June 27, 2020 Time: 10:30 AM EDT Workshop Title:  He Said, She Said, Who Said?  Registration:  HERE Description : What makes your dialogue not work for you? Often, it’s the simple things, such as punctuation, that prevent your reader from enjoying your work. Once you have punctuation down, what else must you consider when writing dialogue?   This 1-hour Zoom workshop will start with punctuation—which many people do incorrectly—and advance into using your dialogue to move the story along. Participants will learn the difference between a beat and a tag and when to use them as well as how to avoid boring dialogue. Some of the topics covered include: Proper dialogue formatting Beats and tags Dialect Point of view Trite or boring dialo
Post a Comment
Read more 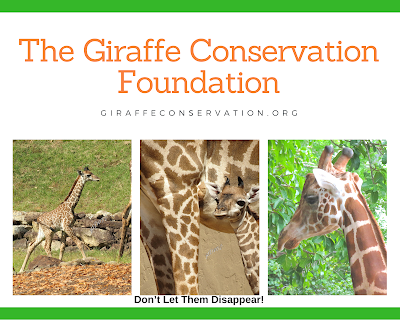 In the US this year, most people will associate June 21 with Father's Day, BUT it's also World Giraffe Day. Conservationists, determined to keep the giraffe from going extinct in the wild, selected June 21 to remind us of the giraffe's plight because, depending on where you live, it's either  the longest day or the longest night of the year. Since the giraffe is the tallest land animal, it made sense to go with this day. Giraffe populations have dropped over 40% in the last 30 years, and their numbers are less than 100,000! You can help save the giraffes by donating to the  Giraffe Conservation Foundation (GCF) . Most people are unaware of their decreasing numbers because we're not shown pictures of senseless hunting of giraffes like other threatened species. Make no mistake, they are hunted for their tails, hides, meats, and for trophies. Besides hunting, they are losing their habitat to the spread of humans in their territories. The Intern
Post a Comment
Read more

Your Character Needs Goals and Motivation 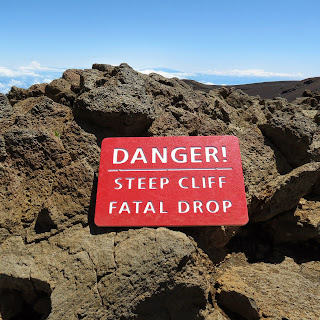 © Barbara V. Evers, All rights reserved Over the last two posts, I've discussed the barriers your protagonist must face to move your story forward. You can find those posts here: Make It Worse: Driving Your Story Forward Gaining Ground: Driving the Protagonist's Story Forward Continuing with this idea, let's talk about your character's goals and how they play into the barriers you place in front of him. His goals should force him to make decisions. Those decisions should be sucky and suckier.* Why should the decisions suck? Your character needs to grow. She can't grow if life runs smoothly with no bumps in the road. She needs to be lugging around emotional baggage at the start of the book. Maybe she's aware of it, maybe she's not. This baggage should keep her from facing her goals. The scenes in your story should force her to face her fears, baggage, and dreams. This is where motivation must show up in your story. Why motivation? If his
Post a Comment
Read more 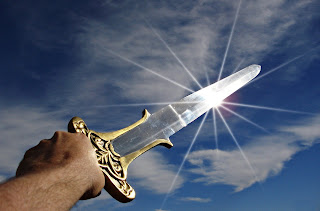 Image courtesy of azboomer at Pixabay.com Does your protagonist gain ground in your story without making it too easy? My post last week, Make It Worse: Driving Your Story Forward , focused on increasing the conflicts for your main character in order to drive the story and keep it from being boring. This week, I want to address a point that came up in the comments. You should make it a lot worse before it gets better, but you do need to let your protagonist gain some ground. Give them the scars? Yes. Never give them a breath of air or reprieve? No. I had this point in my original post last week, but in the interest of keeping the post short, it didn't survive my edits. Gaining Ground Even though the conflicts need to increase for your protagonist, he needs to see some forward momentum. Your story development becomes problematic when the barriers present little to no obstacle to solving the conflict. The same can be said of your story if you don't give your
Post a Comment
Read more
More posts