Showing posts from January, 2018
Show all

Are You Ready to Submit Your Story?

An email showed up in my inbox recently asking if I could help a would-be writer understand the world of writing and publishing. That's a pretty broad question, so I replied: Possibly. What specifically do you want to know? Over a few emails, this person, I'll call him Joe, confided he'd already submitted his novel and was awaiting acceptance, so he wanted to know what to expect during the publishing cycle. My heart sank a little at those words. Unfortunately, many first-time writers send their manuscripts in with full anticipation that the agent/editor/publisher will call them with an offer. Wouldn't it be nice if that's how it worked? At this point, I decided a phone call might serve Joe better. It took some time, and a few road bumps, to get it scheduled, but we did talk last week. Based on this conversation, I decided to focus this week's post on some tips for beginners about what and how to submit your writing.   Your Manuscript Complete
Post a Comment
Read more

The Good Ole Days of Writing--Wait! What? 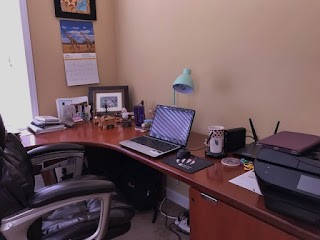 Life was better in the "good ole days" right? Sometimes I wonder what I could have done with my writing if I could take my current self and transport into fifteen-year-old me. Could I carry my knowledge of writing and story-telling with me. Could I get that fifteen-year-old to listen and do what I now know works? I would amaze people with my maturity in writing at such a young age. But, then, my logical mind takes over and says: "But wait a minute. What about the resources you have now? Your younger self won't have a computer or access to the internet." This is true. The computers people used when I was fifteen were humongous monsters taking up acreage, not part of a desk, table, or lap. The world wide web? Yep. Not invented yet. Sure, I could go back and hack out some great stories on my old manual typewriter, but that's a lot of work. I've done that. It's not pretty. If you make a mistake, well, fixing it took some work. If you're
Post a Comment
Read more

How Do You Support Your Writing Habit?

Writers need to make money to support their writing habit. Yes. It's a sad truth, but most writers need to work somewhere else while pursuing their writing. In fact, research shows that close to 80% of self-published writers and 54% of traditionally published writers make $1000 or less a year! So why do we do continue to write? Because we love writing and have a NEED to write. It's an addiction, but, as long as we stop to eat and interact with others, one that's not harmful to our health. For this reason, most writers work somewhere else or wait until they've retired to pursue their passion fully. I work somewhere else. Luckily, for me, I enjoy what I do as a corporate trainer and instructional designer. What is an instructional designer? Someone who designs and develops training programs. That means I get to write for a living AND apply the information I write while doing the training part of my job. How cool is that? This post is short today because of my
Post a Comment
Read more 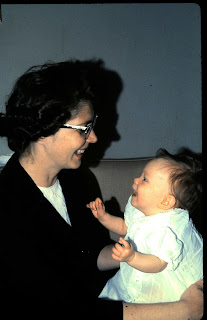 Today marks the fourth anniversary of my mother's passing. As I pondered this event early this morning, an overwhelming sadness came over me. But, the day goes on, I have things to do. After a bit, I pushed that sadness to the background. But it never fails, this day always gives me pause. Last week, I marked another sad anniversary. On January 4 of my senior year in high school, my best friend's mother committed suicide. Decades have passed, but I've never forgotten being taken out of school to be there for her. I can still see her face when she opened the door to find me standing there. The Significance of Dates Over our lives, certain dates stick with us, while other dates don't remain significant. I can tell you we moved into our current house in November of 2009, but I don't recall the actual date. Even though it was significant at the time, I don't mark it with a memory as it rolls around each year. In the early years of dating my husband, I kne
2 comments
Read more
More posts