This week, my daughter, Heidi Cox is guest posting.  She's an actress and produces the web series, Stalking LeVar. 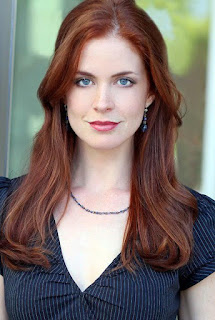 A little over a week ago, I attended San Diego Comic Con International for the third year in a row. Last year, I participated on a panel about women who produce their own content. My mother, whom you all know, attended with me.

This year, I participated on the panel again, and I was quite bohemian, staying at a friends’ house in Coronado Springs and wandering about the city, carrying a giant back pack, going to signings and different events to network.

This year a little negative voice in my head plagued me as I participated in various events. You know the one.  It tells you:

“You’ll never make it.”
“What are you doing here?”
“You’re not enough.”
“You’re fooling everyone.”

My body reacted, angst building in my chest, a fist squeezing, pressing down on me, my breathing becoming difficult. I hadn’t realized until that weekend how insistent the voice had gotten or how much I allowed it to control me.

The definition of fear is a distressing emotion aroused by impending danger, evil, pain, etc.

The voice I heard reacted to my fear of rejection and abandonment, aka not being “enough.”

What does that even mean? Enough?

The closer I got to realizing some of my dreams, the louder the voice got. I self-sabotaged because achieving success terrified me! Why? I hold myself to a higher standard, and that turns the voice into Chatty McChatterson.  That, my friends, leads to low self-worth and confidence.

This whole time I walked around feeling uncomfortable and anxious. Then, I attended a panel that a friend of mine was on. He is on the cast of “The Expanse,” a SyFy network show premiering in December. I felt proud of him, and the voice used his success to try and sink me into despair: I was not far enough along in my career; I should give up.

In that moment, I imagined myself stomping on the voice like a little ember and saying something a tad more colorful but to the effect of “Shhhh!!!”

Guess what? The voice shut up for a few minutes. Then it started again, and I told it to be quiet over and over again. A peace resonated within me. The tightness in my chest disappeared. I breathed easier.

Something about seeing my friend’s success inspired me to forget about the fear. It is scary, but what is more frightening is to not put myself out there at all.

We all have energy stirring within us. Energy cannot be created or destroyed. It can be harnessed in an expressive way, or it can sit and ferment until it comes out in a less fulfilling way. It has to go somewhere. Wouldn’t you rather decide where?  If we allow fear to rule us, we will always find ways to escape our own beautifully unique potential.

I have been listening to my fears for years! And the cool/scary thing is my dreams seem a little more real with every tiny step I make.

I have a show, a scripted, comedic series on YouTube called, Stalking LeVar, and I created it with some amazing women. We write it, produce it, shoot it, act in it, and promote it. It has taken us places that wake up my fear voice, which is good!

Now, I see fear as a cue--this is something I should do because it is frightening. It’s potential for growth…potential energy. (See what I did there?)

Our first season of Stalking LeVar was completed for less than $500 which is unheard of in the industry.  I am so proud of the quality we accomplished and the support we received, but we have bigger plans with more people and more complex plot lines and that is…wait for it…scary.

We are trying to raise money so we can make a difference with this show. We want it to mean something. We want to put ourselves out there.

And my fear tries to overwhelm me every day.

But, I am learning to allow it to exist without ruling my actions. Fear can be very good, but when it comes to self-worth, fear is useless. When creating and being expressive, it’s important to let go of what may stop you. Even if no one cares about what you are doing, YOU still care. And honestly, that is all that matters.

YOU are the only person worth impressing.

We have the luxury of making a decision to be creative. So quiet that voice and find a unique expressive outlet. You are good enough.

Thank you to my mother for asking me to share.

Of course, I'm very proud of Heidi and everything she's accomplished.  Don't let her little voice fool you.  She's done a lot over the years and has a lot to offer.  They are trying to meet $2000 raised by the end of this week, so jump over to the campaign and check it out.  You might even get a character in the series named after you!

Please check out Heidi's  web series, and of course, share this with your friends. 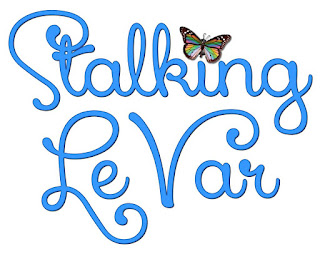 Monet Jones said…
Great insight for someone so young, always confront that negative voice by excelling.
July 23, 2015 at 7:32 PM

Torie Amarie Dale said…
Very nicely worded Heidi, and you are so right–we cannot allow “fear to rule us” or we will never be able to find “our own beautifully unique potential.” I briefly browsed your website and I’ve a feeling you are only beginning to touch on the many possibilities in store for you. Ignore the inner voice, I say, and push on. Though there may be a few failures on this road to success, as is often the case with those who break out of the comfort zone, one can learn from those. Dust yourself off and get back into the driver’s seat. We must never forget there’s value in the drive.
August 1, 2015 at 12:29 PM