10 Steps to Stay Positive in the Brutal Publishing World

For the month of February, I've invited various authors with current releases to share something about their writing. This week, I'd like you to meet  Bryan E. Robinson.  His book, Limestone Gumption: A Brad Pope and Sisterfriends Mystery, won the Beverly Hills Book Award for Best Mystery, the Silver IPPY Award for outstanding mystery of the year, and the Bronze Award for best mystery from Foreword Reviews’ INDIEFAB Book of the Year Awards.  As in the past two posts, I met Bryan at the same mystery writers panel sponsored by my local indie bookstore.


One cruel fact of becoming a published author is that it often feels like an uphill battle because the mind’s negativity has a longer shelf life than positivity. I’ll bet you remember where you were on 9/11 but not the following week. Scientists say the brain is like Velcro for negative experiences and Teflon for positive ones to keep us out of harm’s way. It takes three positive thoughts to offset one negative thought. No wonder it’s difficult to remain hopeful and persevere in a publishing career bombarded with the same bad-news bias that keeps us safe.

But here’s the good news: Grass grows through concrete. I want to share my secrets on how I was able to complete two murder mysteries—Limestone Gumption: A Brad Pope and Sisterfriends Mystery and She’ll Be KILLING Round the Mountain—by stacking my positivity deck. When negativity strikes, you can underestimate writing threats and overestimate writing possibilities with the same tried-and-true tips that have helped me navigate the ups-and-downs of a tumultuous publishing world, break free from the clutches of writing woes, and finish those murder mysteries: 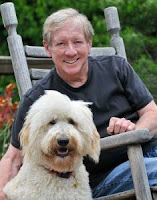 Bryan E. Robinson is the Coordinator of International Thriller Writers’ Debut Author Forum, a consulting editor for The Big Thrill, a member of Mystery Writers of America, and author of thirty-five nonfiction books. His books have been translated into thirteen languages. Robinson won two writing awards for his nonfiction work which was featured on 20/20, Good Morning America, ABC’s World News Tonight, NBC Nightly News, NBC Universal, The CBS Early Show, CNBC’s The Big Idea. He hosted the PBS documentary, Overdoing It: How to Slow Down and Take Care of Yourself. Robinson maintains a private psychotherapy practice in Asheville, North Carolina and resides in the Blue Ridge Mountains with his spouse, four dogs, and occasional bears at night. His latest thriller is She’ll Be KILLING Round the Mountain.