Writing Guidelines: Love Them or Hate Them? 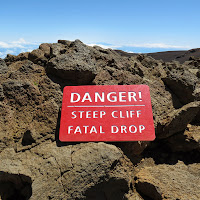 I'm sure you can think of more without me providing them.  If you're like me, some of these are easy to live by.  My writers' group will tell you I'm a stickler for avoiding passive voice.  Sometimes you need it, but in most cases it creates a boring narrative.  I, also, don't like adverbs.  If you use a lot of -ly words, I'm going to say something.

But some of the other points are a little harder for me to swallow. I might be writing every day, but I won't be writing on my preferred manuscript every time. I work on several jobs, most of which require writing, just not creative writing. Sometimes, I'm journaling, which is not related to my preferred manuscript, either, but today I might capture a point that makes a scene perfect in the future. Still, I feel like I'm cheating on this one when I'm not working on my WIP (work in progress).  For instance, I'm writing this blog today.  Does it count?

The admonition to get it down and dirty nudges the writer to keep writing new material.  Many writers, especially new ones, keep going over the same scene again and again.  Sometimes, it's best to leave it alone and WRITE THE REST OF THE STORY.  Granted, I'll bog down in editing at times, but I try to make a conscious effort to keep going beyond that scene and write something new.

The advice to make each scene count helps writers avoid trivial scenes.  Some good questions to ask are:

If you answer yes, then the scene might count.  Don't forget to look at it within the pacing of the story, though.  If the scene is slow in pace, you don't want to hang out there for very long.  Your reader will get bored.  You might want to explore other options for sharing a small, but significant point, in an active scene instead.

Writing guidelines abound.  These are just a few.  They are never hard and fast rules, either, but writers live by them.  Which ones do you love?  Which ones drive you crazy?
critique groups fiction writing

Unknown said…
Great suggestions! The three that stood out to me most is to write everyday, get it down and dirty, as well as to make each scene count.
~Writing everyday (regardless of the project) enables you practice, practice practice.
~Get it down and dirty is important to the writing process because it enables us to get our thoughts down on paper, even if they are in rough shape!
~Making each scene count allows for your piece to flow & leads the reader along.

Barbara V. Evers said…
These are great guidelines to use. After all, we wouldn't have these guidelines if we didn't need them.
March 2, 2016 at 3:26 PM