Dialect In Dialogue: When To Use It 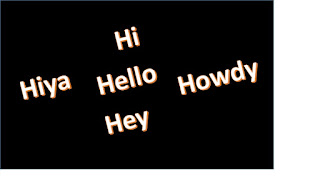 We can't talk about dialogue in writing without a post on dialect.  The use of dialect can, when used well, make a character blossom off of the page.  When poorly used, it can distract the reader.

I remember reading a book with my local book club many years ago.  I don't recall the book's title or author because I donated it soon after the book discussion.  Why?  The use of dialect overwhelmed me.

The main character was a widower whose wife had made meticulous preparations for him before she died of cancer.  The story was told in first person, and he had a very unusual, back-country way of speaking.

Unfortunately, the author chose to write the entire book using this odd dialect.  It drove me crazy!  I wanted it to end. I disliked the book because of it.  And this was the first topic of our discussion when the book group gathered to discuss this book. It was that controversial.

So, how does one use dialect well?

I've heard several agents and editors speak on this topic, and their advice is to use dialect when the character first appears but taper it off once the point is made.  Readers will continue to hear the character speak in that dialect whether you write it that way or not.

We often forget that our readers are smart people.  They form an idea of our character at the onset, and this stays with them.  You know this is true. Just think about the last time a book you loved became a movie.  Odds are you evaluated the actors based on how well they fit your image of the characters.  If they didn't match up to your ideas, it was harder to get past that and just enjoy the movie.

So, in a nutshell, yes, use dialect, but do not overdo it.  Give your readers a taste of the way the character sounds and leave it to their imagination to supply the rest.