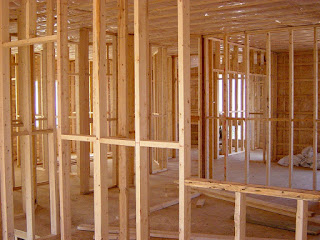 As a slush pile reader, I rejected most submissions due to an incomplete story arc rather than any other element of writing.

What is a story arc?
It’s the structure that the characters, world, and action of the story must fit in to. Most stories follow the traditional three-act structure:

Now, imagine you're building a house. You lay the foundation, but once you’ve laid it, you try to put on the roof. It won't work because nothing is there to support the roof. In a story, the writer often starts out well because they have focused so much energy on the beginning of their story. Many writers, then, skip part of the development. They add fluff that doesn’t contribute to the story, or they completely fail to provide any second act supporting structure. When they put on the roof in the third act, there’s nothing there to support it, so it caves in.

Readers—and people who buy houses—don’t like that. They want a progression where each piece contributes to a solid structure and justifies the ending. We don’t have to see how it all fits together as it’s being built, but once it’s done, we should be able to think back and say, “Ah, now I understand why A happened and led to B.”

Novels typically contain more than one story arc: there’s the extended arc of the full story, and beneath it several smaller arcs, or subplots. Series fiction connects through an overall arc that bridges the entire series, beginning in the first book and concluding in the last book, and each book in the series has its own arc that is both self-contained and contributes to the series’ overall arc.

What is the overall arc of the seven books? Harry must defeat Voldemort. Each of the books in the series contributes to this, but each book has its own arc, too.

In Harry Potter and the Sorcerer’s Stone, the arc is simple: Harry wants to fit in and be accepted by a loving, caring family. In the beginning of the book we meet Harry, hopeless and lonely, living with the Dursleys. Enter Hagrid, and Harry begins to form a picture of his family that his aunt and uncle never shared with him. At the end of the book, when everyone is boarding the Hogwarts Express to return home for the summer, we realize that Hogwarts has become that loving, caring family. Close of the story arc.

Everything that happens in-between these two scenes contributes to building this arc:
The tension begins to mount as Harry learns about his past and begins to place each new piece in the picture of his new life. Most of the arc of the first book allows Harry to learn about the world of wizards and witches, and the reader learns with him.

At the end of The Sorcerer’s Stone, we can say: “Ah. Now I understand why Hagrid picked up the secret item from Gringott’s on the same day he took Harry to the bank. And now I understand that the scene of Ron and Harry playing wizard’s chess set up the later scene where Ron must direct a life-sized version of the game.”

Without these earlier scenes, Ron’s winning at wizard’s chess would feel unrealistic and forced, and the discovery of something hidden on the forbidden, third floor of Hogwarts would hold less intrigue. Each piece contributes to the whole arc.

When you are reading, ask yourself: what is the overarching problem or question in this story? Then examine how each scene contributes to solving that problem or answering that question.  Then apply this to your own work.

That, in sum, is a story arc. Whether you’re writing short stories or a series of novels, your arc must be a complete structure by the time you reach the end. Don’t let your roof collapse because you didn’t spend enough time developing the supporting walls.