Avoiding Cliches: A Day Late and a Dollar Short 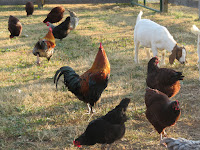 You might not know what a cliche is, but most people use them. Depending on the culture you live in, you might use them a lot.

I put one in the title of this post, a day late and a dollar short, to show you how useless they are. You probably have no idea why I chose that particular cliche, so let me explain. This post is a day late. I should have posted yesterday. It's as helpful to you as the photograph I've added to this week's post. I did have a reason for choosing this picture, but I doubt you can guess it.

A cliche is a saying that conveys an idea in a cute or whimsical way. According to dictionary.com, the definition of a cliche is:  a trite, stereotyped expression; a sentence or phrase, usually expressing a popular or common thought or idea, that has lost originality, ingenuity, and impact by long overuse.

Here are a few examples:


Why shouldn't you use cliches in your writing?

Not everybody knows what a cliche means. One of my mother's favorite sayings was:

I've discovered over the years that most people don't understand the meaning of this one. Mom usually said this while peering up at the sky after a long period of rain.  There would be some blue sky, not much, but enough to make you hope for clear skies soon.

Cliches, also, shouldn't be used in public speaking.  I introduced this idea in a speaking workshop one time and asked for someone to provide an example of a cliche.  One of my students raised her hand and said, "I'm stressing on a doughnut."  The whole class laughed out loud over this one. When I asked her what it meant, she said, "I don't know. I just made it up."

When can you use cliches?

If your character speaks with cliches, then use them in dialogue. This can be an interesting trait, but only if one character does it. If others do, it will become annoying.  Even with one character employing cliches, make sure you don't overdo it.  And be sure that the reader can grasp the meaning from the context of the dialogue.

In a nutshell (did you see what I did there?), don't use cliches.

But just for fun:
What are your favorite cliches?
Why do you think I chose the photograph in this post?