A World Without Giraffes?


World Giraffe Day is June 21, 2017, the longest day or the longest night of the year dependent on 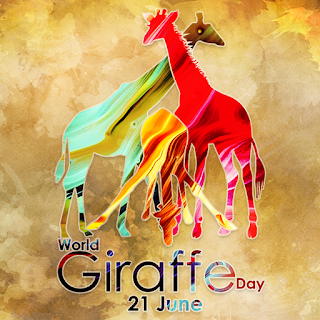 Giraffe populations are declining, and the world needs to know.

You can help save the giraffes by donating to the Giraffe Conservation Foundation (GCF).

Can you imagine a world without giraffes?

Giraffes have already become locally extinct in 7 African countries. They are dying out at a rapid, horrifying rate. Most people are unaware of it because we don't see the senseless hunting of giraffes like other threatened species. But they are hunted for their tails, hides, meats, and for trophies.

Besides hunting, they are losing their habitat to the growth of humans in their territories.

The International Union for the Conservation of Nature (IUCN) lists one species of giraffe as vulnerable to extinction.

Below are statistics on the decreasing populations of the three of the four reclassified species:

How Can You Help Giraffes Survive?


Donate to the GCF to support the study and conservation efforts in Africa.

Whatever you do, don't ignore this troubling issue.

A world without giraffes will be a sad one indeed.

Read more of my posts on giraffes.