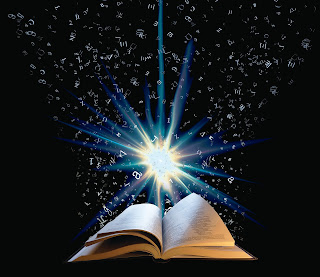 What's going on? Are you in a different country where they don't speak your language?

Each industry develops it's own language, known as jargon. Someone in your business or industry understands these terms, but outsiders don't. They might figure out a few of the definitions but don't count on it, especially when you start using acronyms. In fact, some jargon has different meanings depending on the industry.

This happens in writing circles, too. We toss around words and terms, sometimes confusing the uninitiated who wander in wanting to learn about writing.

By no means can I list all of the words in a writer's specific language, but I thought it might be useful to define some of the common words and terms we use.

First, let's talk about a term I used above:  acronym. An acronym uses the first letter of each word in a phrase to create an abbreviation. Some acronyms spell out pronounceable words, for example ASAP which means As Soon As Possible.

Here a few terms inherent to the writing community:

What words would you add?
acronym communication writing writing jargon

Phil Arnold said…
Great List. I'm surprised the definition of passive verb made no mention of the dreaded ing words. Love the featured image at the top.