A Conversation with Author, Kasie Whitener 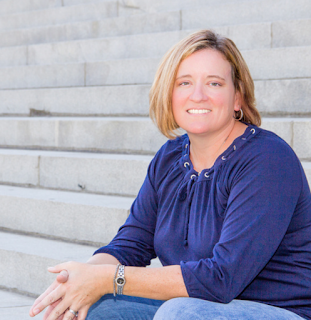 For the rest of 2019, I plan to feature various authors and writers in interview-styled posts. Writers will find some jewels of helpful information within these interviews, and readers, I hope, will find their next "To Be Read" book.

This next interview is with Kasie Whitener. I met Kasie a few years ago at a writing conference. I recall seeing her entry to the slush pile workshop and being impressed by her writing. We're both part of South Carolina Writers' Association, and we mainly stay in touch on Facebook.

Dr. Kasie Whitener writes GenerationX and vampire fiction and is a member of the South Carolina Writers Association. Her day jobs include business owner at Clemson Road Creative, lecturer at the Darla Moore School of Business at the University of South Carolina, and radio personality. At her writing core is fantasy romance and not-quite-getting-over-the-90s. Dr. Whitener has presented workshops for the South Carolina Council on Humanities, Bowling Green State University's Winter Wheat Literary Festival, and the Pat Conroy Literary Center. Her short story, "Cover Up," won the Carrie McCray Prize in 2016 and was nominated for a Pushcart Prize that same year. Her first novel, After December, was recently published by Kat Biggie Press’s new fiction imprint.

Right now my first novel is with an editor, and we’re getting it ready to be published by Kat Biggie Press. (Kasie's book is now available. See info below.) The book is called After December, and it’s about a 22 year-old whose best friend commits suicide forcing him to come home from college for a transformational weekend. I’m also revising a time-traveling vampire choose-your-own-adventure novel, but that’s just now with beta readers.

After December takes place in 1999 which is unusual. We have a cutoff for “historical” fiction right now that is the late seventies, maybe early eighties. There aren’t many late 80’s or 90’s stories in either historic or commercial fiction. I consider my work GenX fiction in that it focuses on and illuminates the value systems of those brat-pack-watching, Atari-playing latchkey-kids. After December examines the establishment of alternative family units, the disillusionment of commercialized art, and the myth of a safe white collar suburbia. There’s lots of drinking, a good bit of sexuality, and frank conversations around the unrealistic expectations of adulting.

The voices inside me were shaped by the Challenger explosion, Monica Lewinksy’s shame, and 9/11. There’s such a rich and varied value system in my generation and we’re so small that we’re frequently overlooked by the more self-aggrandizing Millennials and bombastic Baby Boomers. Essential to being GenX is insisting that it doesn’t matter that we’re GenX. But it does. So I write about what matters and try to give a voice to GenX so we don’t become The Lost Generation – only valued well after we’ve died. 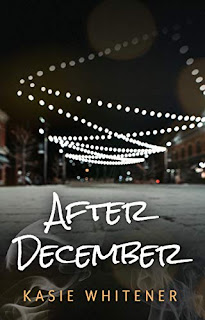 I’m a pantser. I let the voices flow from me onto the page and then revise, revise, revise until I get it right. I have two critique groups and some good beta readers. I wrote about them here. I’m a big believer that the real work of the craft is done in revision. But I love the frenzy of creation and participate in NaNoWriMo every year.

How do we find your book?

You can watch the book trailer for After December here. The book is available on Amazon and other major retailers.
guest authors Kasie Whitener writing

Unknown said…
Thanks for sharing your interviews, Barbra. Dr. Whitener has quite a resume. I wisher her luck with the book launch!
Steve
December 11, 2019 at 8:50 PM

Dr. Kasie Whitener said…
Thanks Steve! Our radio show, WriteOnSC.blog broadcasts every Saturday (9am EDT makethepointradio.com) and we're always talking to writers and readers about what makes a good book. I hope you'll become a listener.
December 12, 2019 at 9:39 PM

Barbara Evers said…
Steve, Thank you for reading these interviews. I'm glad you're enjoying them.
December 15, 2019 at 3:34 PM