A Conversation with Author, Misty Ballantyne 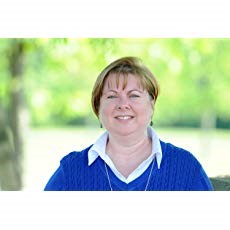 We're nearing the end of the year and my series of interview-styled posts with authors and poets. I hope writers in my audience have discovered  jewels of helpful information within these interviews, and readers, I hope you are finding some great books to add to your "To Be Read" list.

This next interview is with Misty Ballantyne. I've known Misty for close to twenty years. When we met we both worked in the training department of a local company. I had no idea she had an inclination toward writing, though. Fast forward fifteen or so years, and I saw her post on Facebook that she'd written a book. I'm thrilled to tell you Misty has achieved success in her writing career. Her process is very different from others I've interviewed, and in light of the Christmas season, I felt like it was perfect for this week.

Misty Cowart Ballantyne was born in Florida and raised in the south. She lives in South Carolina with her husband and three children. Faith Love and Forgiveness is her first novel and Fragile Moments, the sequel is now out and available. She also has another series called The Handler, and the sequel, The Driver, is also available now.

Currently I am working on the third installment of the Agency Series, The Spy. I am about 8 chapters into it so far. I am also working on a Christmas story called The Hitman’s Christmas, a holiday comedy—despite the name, LOL. I just have to finish getting it typed out, I’m hoping to release it next year. With my daughter being a junior in high school, we are in a very busy season of life right now. Finding any spare time is so hard and my writing is suffering for it.

I like to think mine is a realistic view of people (of Christian Faith), appropriately flawed, trying their best but certainly not perfect. Although my books usually have a happy ending, there is some angst along the way. Sometimes lots of it! I tend to put some of my characters through the ringer. Technically, I write like you are watching a movie, at least that is how it flows. One editor tried to get me to change up my style to make it more conventional to match other authors, but another one told me not to change a thing, that amazingly it worked and set me apart from others, I went with the latter (ha-ha).

I started off trying to write love stories appropriate for my oldest teenage daughter to read. There were a lot of books out there, but they went way too far sexually in my opinion. I wanted to show that you could have a great romantic/love story without all the smut. That is what originally sparked my writing. However, I was amazed that in the test group (women aged 16 to 85), they all responded so favorably to my writing in all areas questioned. I was stunned that my demographic would not just be teens/young adults but could be much broader. With the positive feedback from that diverse group, it encouraged me to continue writing.

My process is very very unconventional from what I have discovered, and my method may sound crazy but it is the truth. I pray about being inspired by a story, and I leave the work up to God. I am usually presented with a story, from beginning to end in a dream. I literally dream my stories, I’ll wake up and I have the whole thing from beginning to end (aside from some of the dialogue) all in my head. I know the plot, my characters--what they look like, how they sound, what they like and don’t like, it’s like a full length movie in my head. I literally just have to write it all down, and since it’s like a movie reel in my head, that is how I write it out—like a movie. I usually have to talk out the dialogue scenes, but I do that walking on the track, in my car, wherever I can get some quiet time. Then I insert it as I’m writing the chapters. In three out of four of my books I have written the most pivotal scene first. That usually comes to me the strongest, and since it tends to be the most emotional, I write it first so I won’t forget any of the details. Then I save it and drop it into place when I get to that part of the story.

I’ve attended lots of writing workshops, and there are many different ways to write. For years, because my personal process was so unconventional, I thought I was just doing it all wrong and I’d stop. Completely stop. I would shut down. It made me feel like if I wasn’t doing it their way it was wrong. It was only after I poured nearly two years of my life into helping another writer craft her story that I realized I could totally do this on my own, so I just did it. I sat down and didn’t stop typing until I had the whole story written.

As a writer, I know I still have a lot of learning and growing to do, but I love telling stories. These characters are real to me, and I want to share them with my readers. Thankfully, the feedback I have been getting from readers regarding my characters has been wonderful. I am very grateful. I understand my writing isn’t for everyone, but I do have a mini cult following and they are amazing!

My books can be found on Amazon, Barnes & Noble, and Xulon Press.