A Conversation With Author, Goffinet McLaren 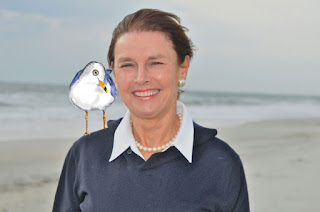 The response to my invitation to authors and poets to participate in my interview series of posts last year overwhelmed me. So many responded that I still have a few more to go and will intersperse them throughout the first few months of this year. As always. I hope writers in my audience will discover helpful jewels of information from these interviews, and readers will find great books to add to their "To Be Read" list.

This next interview is with Goffinet McLaren. I do not know Goffinet, but Bob Lamb, whose interview appeared in early October, referred her to me. Anyone Bob suggests is going to be worth my time, so I followed up on his recommendation. I'm so glad I did. I still have not met Goffinet, but I'm moved by her decision to use the written word to create an environmental message for children and adults all over the world. Her story inspires me, and I hope it will inspire you.

Goffinet was born and grew up in the small historic town of Carrickfergus on the water`s edge in Northern Ireland. Surrounded by the sea, she loved the sandy beaches, the sparkling waters and all marine life. In adulthood, Goffinet moved to a more mountainous area but years later she found the ocean calling to her once more and she retired to live at the beach in South Carolina.

Instead of clean waters and beaches, she found the sand strewn with doggie waste and plastic products of all kinds. Every day, she found doggie doo-doo and plastic litter dropped on the sand by careless humans and soon realized that a form of bad behavior had descended upon the shores. With a little research, Goffinet discovered the devastating effects this waste had on shore and marine life. Dog waste poisons the waters; plastic cigarette butts dropped at the water’s edge choke little sandpipers; fireworks with plastic parts frighten and injure birds; plastic toys are ingested by dolphins with fatal results; plastic bags mistaken for jellyfish are ingested by turtles, and plastic bags are a total menace to all living creatures.

Very disturbed by her findings, Goffinet resolved to find a way to raise awareness about the impact of beach goers' littering habits. She decided to write a book in a delightful uplifting fun way but with an underlying message at which children could laugh, yet learn.

Goffinet is an active member of South Carolina United Turtle Enthusiasts (SCUTE) and developed the Plastics-free Pawleys project which encourages local stores to stop using plastic shopping bags. She, also co-founded Stop Oil Drilling in the Atlantic (SODA) and The Chirping Bird Society where they "chirp, cheep, and chitter about plastic litter."

I continue to focus on educating the public on the devastating impact of single use plastic on our planet and on human and animal life.

My “Sullie” book differs in that it is really a book for adults, disguised as a book for kids, with fables about the impact of plastic litter on our marine environment. One day, as I was picking up litter, I noticed a seagull with an unusual birthmark—a black ring around his right eye. I decided to name him Sullie and that the story in my book would be told by this savvy old seagull. Sullie Saves the Seas was instantly hatched. And Sullie’s book will soon be converted into an exciting coloring treasure with all the unique characters including Speedy Sandpiper, Plankie Pelican, Eddo Eagle, and Allo Albatross.

I write to vent and explain my personal need to help save our planet from the Plastic Industry's insensitivity to all life. Since Sullie Saves the Seas was published, Sullie has become an icon for plastic-free beaches and is loved by children all around the world from Ireland to Australia. Sullie travels to schools, camps, churches and anywhere that children gather.

First the "Light Bulb moment," then a translation of my thoughts into a first draft. After that, I use color coding on segments of the draft to realign the poignant points

Where can we find your books? 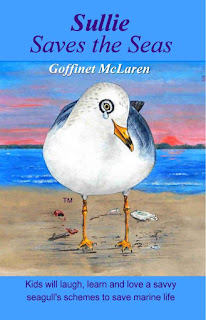 You can learn more about Sullie's efforts to clean up our beaches and oceans on his website, Sullie the Seagull. This website offers lots of information and links to Sullie's story and coloring book.  They are, also, available on Amazon.

I have another book I wrote about my father's escape from the Nazi's during World War II. Tom:  A Life Saved~Lives Lost is available on Amazon.