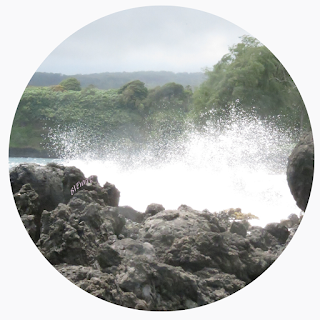 No matter what's happening in your protagonist's story, give them a hard time and make it worse. This keeps readers turning pages.

Throw obstacles and huge problems at him.

Block her from her goal at every turn.

Your story begins with a conflict, but the conflicts (yes, plural) need to increase, not decrease.

Dole out the complications; don't make it easy for your protagonist to move forward.

These tactics create the necessary tension in your story.

I read a story several years ago that disappointed me. Why? Every obstacle the protagonist encountered fell away quickly. No waves, just little ripples in the pond of her life. That's boring.

Give them waves. Waves that knock them down and drag them into the undertow. When they do make it out of the water, put them somewhere foreign and dangerous or difficult or complicated or...

Look at the scene you're writing. What would complicate the situation more? What would make it harder for the protagonist to solve their conflict? Think of the worst thing that could happen and make it happen.

Make it hard. Again. And Again.

Make it so hard that the reader can't figure out how they'll get out of it.

Let's look at an example from a story most everyone knows, The Wizard of Oz. What does Dorothy want? To be seen as an adult, so let's see what happens.


We're just getting started and look at how many horrible things have happened. We know that the complications get bigger and worse as Dorothy seeks out the wizard. Even when she's finally before him, what does he do? He gives her an impossible task: bring me the witch's broom

If you're stuck and can't write, this is a great way to get going again. Ask yourself: What can go wrong? Play a bit of worst case scenario with your story.

People don't read stories where the protagonist overcomes tiny bumps in the road with little effort. Make it worse and make it worse again to keep the momentum moving forward and your reader hooked.

John Migacz said…
Yeaaaah... No.
Added conflict must be tempered with some achieved goals or growth of the protagonist. I don't wanna see someone just struggle for 300 pages, then win on 301.
If I want to read a book that has a constant struggle, I'll read my checkbook.
May 26, 2020 at 1:18 PM

Barbara V. Evers said…
John, you are right. There has to be some forward momentum, but it can’t be easy. I had that in ther but may have taken it out during editing. It’s a two steps forward, one step back kind of approach. The growth comes from battling the obstacles that seem insurmountable and coming out stronger than before,
May 26, 2020 at 1:39 PM