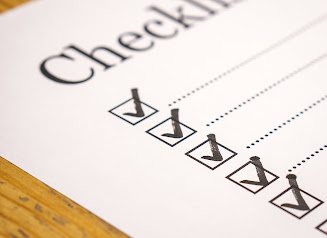 One of the worst things someone can say to you about your protagonist is: "I just didn't care."
We have to create characters that people find relatable. They can't be flat, and they shouldn't be perfect, either. In fact, perfection is the last thing you want to find in a character.
So how do you avoid flat, boring characters? Let's look at four essential aspects of interesting characters.

Creating a Character Your Reader Cares About

I just attended a webinar on character do's and don'ts, and the facilitator shared that characters need:
If you can apply all four of these to your story, you're one step closer to creating a relatable and interesting character. Many of you know, I tend to channel Harry Potter when trying to make my point, so I'm not going to deviate from that pattern today. Let's take a look at Harry.

What is Harry's driving need, desire, or goal?

This changes throughout the series, but in the beginning of the first book, he wants to feel special. He desires a sense of belonging. Then the owls appear, which makes him feel special. He develops an overwhelming need to know what his aunt and uncle are hiding from him. As in this case, his desires and goals shift as he discovers the truth about his past and the possible existence of Voldemort. Eventually, his driving need focuses on stopping Voldemort's return.

What is Harry's secret?

He has so many, but in the beginning, his secret is the neglect he experiences at home. The Dursleys aren't in trouble with child protective services, so we know he's kept the mistreatment a secret. He knows his aunt and uncle suspect something about him, and that's their secret. When he accompanies the family to the zoo, he begins to realize there is something different about him. He speaks to a snake, and when his cousin Dudley interrupts and shoves him away, his anger makes the glass partition disappear. He keeps the secret about the snakes beyond the first book. When he shares it with Ron and Hermione in the Chamber of Secrets, they urge him to not tell anyone else because it connects him to Voldemort. Throughout the first book and the series, Harry's secrets abound. Some help him in his quest to stop Voldemort; some hinder him.

What are Harry's contradictions?

Harry learns he's "the boy who lived" soon after Hagrid takes him to Diagon Alley. He's famous and special, something he's desired for eleven years. The reality of this fame creates problems with Professor Snape and all of Slytherin House. Then, of course, there's the little issue called Voldemort trying to return and kill Harry. He wants to avoid Voldemort but realizes in the end he must face hiim.

What are Harry's vulnerabilities?

He's the boy every child grew up knowing about, but he knows less about the wizarding world than his classmates. He may be the boy who lived, but fame didn't infuse him with magical knowledge, especially in potions class. Even Hermione, a muggle with no magical background, knows more about this new world than Harry BECAUSE she enjoys research and possesses natural magical talents. He has the talent but takes a typical eleven-year-old boy's approach to education. As in the other three areas, Harry's vulnerabilities continue to shift as the story progresses.

How do you do include these aspects in your character development?

There are many techniques and tools for revealing your character's goals, secrets, contradictions, and vulnerabilities.
Here's a partial list:
What tools would you add to this list? You can share your thoughts and comments on these 4 aspects here.
character development