When Readers Love And Hate Your Characters 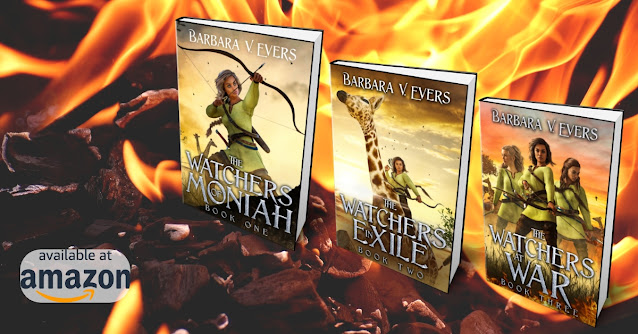 One of the weirdest things about publishing a novel is knowing people are reading it but not being able to talk with them about the story. Maybe this doesn't bother other authors, but after years of participating in writing critique groups, I'm accustomed to people talking with me about my characters. It's a joy when someone starts discussing them as if they are real. They are real--at least to me.

I have heard from a few people close to me though, and it intrigues me what each one picks up on. One of the first readers to talk to me about the books made the following statements:

Then he'd try to tempt me into giving information away by asking questions:

As time progressed, I began to hear from others:

Did you catch that last one? Some people hate Pultarch, but others find him entertaining. I will say he was fun to write.

By the way, these are the comments for The Watchers of Moniah, Book One. As the first reader began to read The Watchers in Exile and The Watchers at War his tune changed on a few people. Who? I'm not sharing. I don't want to spoil it for you.

Everyone has their own take on the characters, and I love it. I even had one person tell me she answered a question in a group trivia competition because she read my book. She was the only one who knew the answer, and it had to do with Maligon's sentence in the prologue. Which goes to show you, you should read prologues!

So what about you? Who do you love and who do you love to hate in The Watchers of Moniah? Feel free to share in the comments. But no spoilers please.

(Next week, we're going to talk about Watchers and their special skills.)

I'm going to be at several cons this year. You can go to my appearances page to find out where you and I can discuss characters, writing, and giraffes. 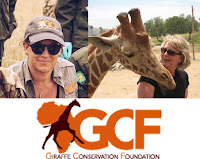 I conducted a wonderful interview with Stephanie Fennessy, Co-Director of Giraffe Conservation Foundation, and you can watch it on YouTube. We discussed what GCF does, Stephanie's interest in giraffe conservation, and a little about the books, too. Please consider donating to their valuable work. AND in the video, I'll tell you how your donation can enter you into a contest to win an autographed copy of one of my books!!!

If you've read any of The Watchers of Moniah series, would you please post a review on Amazon? FYI, the link is to the series page, so please select the individual books before posting a review. I know you've seen other authors mention this, but it really makes a difference! I would greatly appreciate it. I'm also on Goodreads and BookBub.

Also, if you enjoyed my books, would you consider nominating The Watchers of Moniah for the Best Young Adult/Middle Grade Novel in the Dragon Awards at DragonCon. I would really appreciate your vote. (Never thought I'd be soliciting votes, but there it is.)

DON'T FORGET! I'm dying to talk about Adana, Kiffen, and everyone else in the books, so drop me a note in the comments about the characters you love and hate!