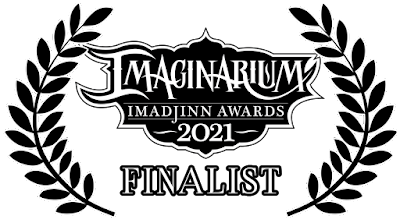 This past weekend set me free!

After months and months of steering clear of people, I attended one of the first SFF Cons to return to holding an in-person event. I mingled with authors and other creatives as well as fans of science fiction and fantasy. It was truly marvelous!

Several of you know, I spent years submitting THE WATCHERS OF MONIAH to agents and editors. Then, last year, I signed with New Mythology Press, an imprint of Chris Kennedy Publishing. Unlike most of my author friends, my debut launched at a time when no one could hold a celebration.

No book launch party with friends and family. 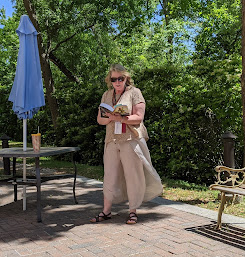 Thanks to Atomacon, that drought ended this past weekend. I met people excited to get out and see others just as I was. I even met people who were reading my books! That was exciting and humbling at the same time.

We still wore masks but saw more of each other than the typical avatar or frozen, pixelated video from the shoulders up. We escaped the four walls of our homes!

I participated on several panels, two of my own suggestion-Creating Diverse and Strong Characters and Animals as Characters. Since Atomacon is one of the first cons to return to in-person programming, we had small audiences. The low numbers didn't disappointment me, though. Everyone got lots of small group time to talk with the panelists, vendors, and attendees. We SAW people!

So, I'm here to exclaim:

Con season is on!

I'm excited for my next event, Fantasci in Durham, NC on May 21-23. After that, I'll be at ConCarolina in June and Imaginarium in July.

And as exciting as this past weekend was, I have to share one more BIG piece of news! In case you missed the announcement last week or didn't check out the big banner at the top of this post...

THE WATCHERS OF MONIAH is a Fantasy Novelist Finalist for an Imadjinn Award at Imaginarium.
The powers-that-be deem my book award-worthy! I won't know the results until July, but the nomination helped boost my spirits in this mad and crazy world.

I have more news to share next time, but until then:

What are you excited to do now that things are starting to open up?

Valerie Keiser Norris said…
So excited for you! Nominated for a prize? That’s huge! But not a shock. Watchers is great!