Commas: Love Them or Hate Them? 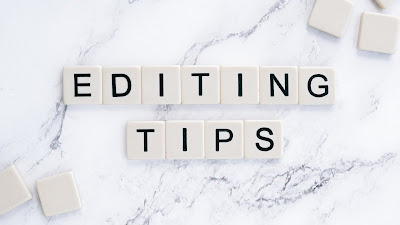 Commas--you either love them or hate them.Comma lovers understand when, how, and, most importantly, why to use them. Haters don't.

To be fair, some lovers think they understand but don't really.

Punctuation lessons have gotten confusing over the last few decades. The biggest disaster in comma education came from the practice of teaching students to put in a comma whenever they pause while speaking the sentence. Unfortunately, that's a misleading direction. Lots of people pause for emphasis. Those pauses don't always align with grammar rules.

To complicate matters, even the people who know how to use commas don't always agree.

Take the Oxford comma for example—a simple rule complicated by people who decided we didn't need the last comma in a list. Somewhere along the way, schools started teaching that the comma before the "and" or "or" at the end of the list was not necessary. Me? I prefer using the Oxford comma. It improves comprehension and eliminates confusion.

But I'm getting off track. Let's look at three useful comma rules.

Independent clause = a clause that can stand alone as a complete sentence.

Sentence modifier = however, although, therefore

She yanked her feet out of the lake, splashing us in the process, and ran away.

In this sentence, the phrase "splashing us in the process" is not essential to the meaning of the sentence. If you remove it, the sentence still retains its original meaning.

She yanked her feet out of the lake and ran away.

For that reason, the phrase isn't essential and is set off from the sentence by commas.

Sometimes, the nonrestrictive phrase is a restating or renaming of the noun it follows:

Our manager, Joan Simmons, needs five people to work the booth at the convention.

In this case, Joan Simmons is the nonrestrictive phrase. Yes, it adds meaning, but we don't need to know the manager's name to understand the sentence.

3. Do not use commas to bracket phrases that are essential to a sentence's meaning.

We walked up the hill, to the cars, on the other side. (incorrect)
The words "to the cars" feel like extra information, but these three words are an essential part of the sentence's meaning. They should not be set off by commas. If you're unsure, try reading the sentence without the phrase:

We walked up the hill on the other side.
(Incorrect because the other side now refers to which hill they walked up.)
Since removing the phrase alters the sentence's meaning, we do not use commas. The correct way to write this sentence is:

We walked up the hill to the cars on the other side. (correct)

Got questions? Let me know in the comments.

Now get out there and LOVE your commas...but correctly please.