Author Reading: Audience of One 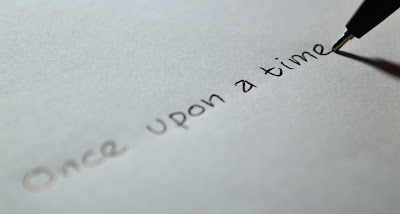 A little over a week ago, I participated in Fantasci in Durham, NC. The first event on my schedule was my book reading at noon--the same time the con officially started. A part of me groaned when I saw the time slot, figuring I'd be sitting in a room all by myself.

Between trying to leave my home with enough time to get to the venue prior to noon and dealing with my constantly-running-late grandchildren, to say I was frazzled when I got on the road would be an understatement. Then I hit road construction that went on for miles on the interstate. I've had no compelling reason to travel in the past year, so it didn't occur to me that construction going on two years ago was still in progress. My GPS adjusted my trip time by another hour.

The result? Barring any other slowdowns, I would arrive before my reading but with little time to change clothes or get set up. I called the hotel to see if I could check in quickly when I arrived. The hotel said they wouldn't have my room ready, yet.

Never say I'm not flexible. One thing that corporate training and public speaking have taught me is to always have alternative plans. At the next rest area, I did a quick clothing change.

I arrived at the hotel a mere thirty minutes before my reading. Whew! As I checked in with the con folks, found out where I needed to be, and unloaded my supplies, I kept telling myself I'd be lucky if anyone showed up.

But someone did--a lovely gentleman named Bruce. For me, anyone present in that room counted as a win. It was just the two of us, so I chatted with Bruce about his military career, his family, and why he only reads audiobooks. Since it was just him, I asked if he wanted me to read. He said yes.

I read the prologue which I rarely do because so many people fuss about prologues. When I finished, Bruce pulled his wallet out and asked how much to buy the first book. Although, his eyesight doesn't let him read physical books, anymore, he bought the first book of the series for his high school aged granddaughter. He told me the prologue hooked him, and he hoped the audiobook would be coming out soon.

Why tell you this story?

Because you never know when or where your readers will come from. Over the weekend, I saw Bruce, his daughter, and two grandchildren several times. We had wonderful chats each time. On Saturday, they bought the 2nd and 3rd books of the series.

Many times writers groan about book signings. Not many people show up. You sit there for hours with nothing to do. It's true. I've seen it. That doesn't mean the signing or reading is a failure. I had one attendee, but I count my reading as successful because I connected with a potential reader on a deeper level, made new friends, and gained two readers in the bargain. Most readers want a chance to get to know the author. Sure I'd love to have a large audience, but I'll take the small ones, too.

Do you have an author reading or signing story? Whether you're an author or reader, I'd love to hear it. Please share yours in the comments.

Barbara V. Evers said…
Tell him he was exactly what I needed at that point--someone who allowed me to slow down and breathe.
June 3, 2021 at 9:21 AM

Arisia said…
About six years ago I found myself in that situation, only I was the audience of one. I couldn't believe my good fortune, to have one of my favorite authors all to myself for an hour.

The author was Tosca Lee, who was traveling from Nebraska to Nashville for some book-related event. She and her assistant decided to drive, and they arranged meet-ups for the major cities they passed through and announced places and times in a newsletter. In St. Louis they invited readers to join them for lunch. I was the only person who showed up.

That day is a treasured memory, mainly because Tosca is the kind of author who enjoys talking to her readers. She recognized me and remembered my name and has done so since the first time we met. She gladly shares her experiences in writing, or researching - whatever people ask about. And she likes getting to know people.