Pantser or Plotter? You Decide 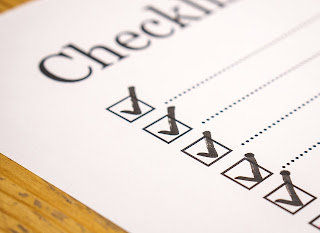 I'm focusing the next few posts on my workshops and panels during Imaginarium. Although this serves as a poor substitute for the workshops, I can share some highlights.

This week, we're going to explore pantsing and plotting.

What do pantsing and plotting refer to?

When a writer sits down to write, they approach story creation usually one of two ways:  pantsing or plotting.

Pantsing means you write by the seat of your pants without an outline or organized structure.

Plotting means you create an outline and plan before you write the first word.

Before you ask, I tend to be a pantser. More about that in a moment. 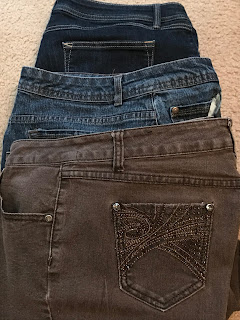 The first step for a plotter is to  determine what will happen in the story and in what order. They use an outline. It's often quite detailed. They've done their research in advance. Plotters know exactly where the book is going and how it's going to happen before they type the first word.

Writers who pants don't do those things. Pantsers know the general story arc, where it starts and ends and possibly a few major events, but they don't flesh out the details to get from point A to point B. They find those out as they write. They, also, tend to do research as they go.

What did the other authors on the panel say?

One panelist was a plotter because he creates role-playing games. As he pointed out, he's writing code, so he can't backtrack and fix something later. Too many offshoots depend on the code.

The rest of us confessed to certain levels of pantsing. This surprised me because I've read so many author interviews that express the absolute need to plot your books in advance.

The main concern expressed by the panelist pantsers was the need to let the story take you where it's going. Incredible things happen if you allow the character to come alive on the page. They will sometimes refuse to do what you thought they were going to do. It's an interesting process because many times characters plant seeds for something later that you didn't even know was coming. All of us said we know the beginning and end and where the story is going, but we feel stifled by a detailed outline.

We did bring up the need for a story bible where you keep track of the existing details in your story to avoid making mistakes later. I keep mine in an Excel spreadsheet with tabs about character appearance and traits, timelines of the previously written books, traditions of the world, ranks of the Watchers, foods and culture, etc. I created this as I wrote. Some authors create them later. Some hire people to create the story bible.

How do I write?

As for me, I pantsed the first two books of The Watchers of Moniah. I knew the beginning and the end, and some of what would happen as I gathered the characters together and drew them into battle against Maligon.

For book three, I needed to complete the book in a short time frame and tie up all of the plot lines. I created an outline, but it was bare bones. It made sure everyone was accounted for as I wrote the story and suggested what I thought might happen in each plot line. This did help me on a few occasions when I needed to make the timelines work. BUT, I did pants this book while following loosely what the outline indicated. Thanks to the outline, all of the plot lines came together. Nothing was left out of the conclusion.

I still say I pantsed the third book, though. My outline made sure I didn't miss anything, but there were many elements I didn't know until I wrote them. For example, I was clueless on a significant point until I wrote it: who would kill the antagonist!

In the end, we felt like most authors use both methods with an emphasis on their preferred approach.

What do you think?

Lisa F. said…
I'm definitely a pantser. In my historical fiction, the only thing I knew was how the story would end. The idea came to me in a dream. My research showed, though, that it was impossible to pull off without asking the reader to completely suspend belief. So, I had to alter the ending a bit from the original dream.

My contemporary novel was "born" out of a couple of lines that came to me out of the blue - "His car smelled like old farts and cheese. And not the good kind of cheese, either." Those lines were the original first lines of my book but eventually moved to a later chapter as my story came to life on the page.
July 29, 2021 at 1:56 PM

Barbara V. Evers said…
Lisa, I love that line about the car! I'm so glad you could use it.

The Watchers of Moniah came from a dream, too, but most of the dream never made it into the book, and the roles changed in the characters that did show up in the book.
July 29, 2021 at 3:11 PM