How The Wheel of Time Influenced My Writing 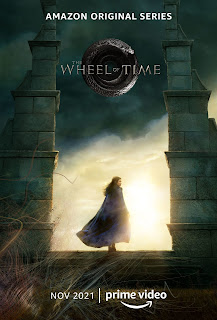 Over the last few weeks, Amazon Prime revealed sneak peeks of The Wheel of Time TV series coming in November. The trailer (see below) promises so much, and I can't wait for November 19 to get here.

Because, more than any other epic fantasy series, The Wheel of Time (WoT) captured my imagination and influenced my writing. How? Here are a few examples.

Many Characters and Multiple Points of View

Before George R. R. Martin, we had Robert Jordan. He starts the first book, The Eye of the World, with one point of view, Rand al'Thor, but once the main five characters get separated while being pursued by trollocs, the story follows the different groups from each point of view. As the series advanced through fourteen books, many more point of view characters joined the mix. AND many characters who don't have a point of view chapter are woven into the story. Jordan proved it can be done.

The scale of The Watchers of Moniah comes nowhere close to the numbers Jordan created, but WoT helped me stick to my guns when people questioned the number of characters in my series, especially those with a point of view. I have forty-eight named characters in the first book and seventy-six over the full trilogy. 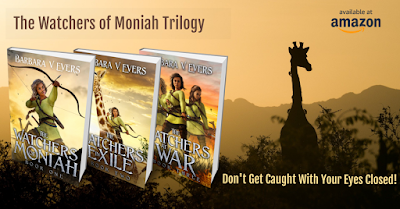 I won't go into all the ways Jordan gave women a powerfulvoice, but there are quite a few including The Women's Circle, The Aes Sedai, and the Aiel.

In The Watchers of Moniah, the kingdom of Moniah is a matriarchy, and the Watchers are female warriors with enhanced gifts of sight. The queen and her heir, in this case Adana, train as Watchers before becoming queen. The other three kingdoms in this story are not matriarchies as Adana discovers when her mother's dying decree sends her to live under the protection of the kingdom of Elwar for three years.

I don't believe Jordan set out to create a female-dominated story. After all, we spend the first part of book one in the point of view of Rand, a boy at the edge of manhood. In my estimation, the story centers around him and his friends, although the buzz and hype is pushing the story as Moirane's, an Aes Sedai whose arrival definitely propels the story forward.

I have two main points of view in The Watchers of Moniah trilogy: Adana's and Kiffen's. Kiffen and other men, such as Honest and Jerold, contribute to the story's plot just as much as Adana, Leera, and Shana. Any story that shoves one gender forward while demeaning another does not work for today's readers. I don't want to read that book, and I don't think others do, either.

In The Wheel of Time, Jordan created a vibrant and vivid story. As much as I'd love to claim I've done that, I won't. Suffice it to say, I noticed how he created scenes and carried the story forward and tried to learn from it. (The Watchers of Moniah did win the Imadjinn Best Fantasy Novel, so I'm hoping that indicates I managed to apply some of what I learned.)

In anticipation of the upcoming TV series, I'm listening to the books on Kobo and am struck once again at Jordan's genius in this regard. And, of course, Brandon Sanderson who wrote the last few books after Jordan's death, reveals a similar genius.

If you haven't read the WoTbooks, you should. They are incredible and family friendly. They are long, so be prepared to invest some time. It's time well-spent in my estimation.

Either way, I hope the TV series does the books justice. The trailer implies it will, but time will tell.

The wheel weaves as the wheel wills.

As promised, here is the trailer for the TV series.

Have you read The Wheel of Time? What's your favorite part or character?

June F Baswell said…
The Wheel of Time had a strong influence on me, as well, but not quite in the same way. I was enchanted with the first three novels of the series. But, as more and more characters were introduced and more and more books were published, I found my interest waning. Sadly I never learned how the story ended. I think, these days, I'm more influenced by Neil Gaiman and Terry Pratchett. Though I find some of the Disc World novels pretty silly, in general, I love the Pratchett sense of humor.
September 10, 2021 at 2:34 PM

Barbara V. Evers said…
June, I was in it for the long haul. When I started reading them, 3 books were out and the series was supposed to be 6 books total. It became obvious he couldn’t finish the story that quickly, and I did become frustrated with the never-ending feeling. Brandon Sanderson did a great job tying up the end, but I waited until he completed the series before reading them.

I’ve read and enjoyed Pratchett and Gaiman. I respect their work, but Jordan had a richness of storytelling that speaks to me on a different level.