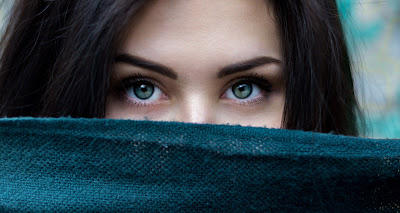 I was digging through old notes from writing conferences and ran across the following information from a session at a previous South Carolina Writers' Association conference. John Kessel, author of Pride and Prometheus, taught a workshop on characters and plot.

Here are a few highlights of his character development points.

How many times have you read a book review where the reviewer did not care about the protagonist? It's hard to compel someone to read your story if they don't like or feel anything about the story's character. One way to create some connection is to save the cat near the beginning of the story. In other words, make us sympathetic to the character by seeing them act in a way that reveals who they are.

This could be them saving a cat or doing a good deed or giving into a dare or . . . you fill in the blank. In The Watchers of Moniah, my protagonist, Adana, faces the imminent death of her mother with denial, going so far as to convince herself if she completes a difficult archery trial, the Creator will be pleased and heal her mother. We get a glimpse of her vulnerability as she succeeds in the trial only to set a new if I do this requirement. She keeps this up until she fails at one of the tasks.

Her denial of the seriousness of her mother's illness in contrast to these deals she makes reveals a young lady on the precipice of adulthood who will do almost anything to keep her life the way she feels it should be.

We can learn a lot about a character by how they speak and process what's happening around them. Word choice and how they interpret events can tell you a lot. Do they say bucket or pail? Speak like a college professor or a car mechanic? What metaphors do they use? Are their sentences short and clipped or long and melodic? As for internal thoughts, do they look at a situation and consider how they can use the information? Maybe they examine each detail looking for clues of what's not being said. Or they take everything at face value without exploring other ideas.

In The Watchers in Exile, Pultarch has been taken prisoner by Maligon's forces. His first conversation with Maligon reveals the traitor's manipulative abilities and Pultarch's weakness for one thing--Adana.

“Why do you keep mentioning Sarx? What does he have to do with…” He [Pultarch] paused. With what? Sarx commiserated with him when Adana chose Kiffen over Pultarch. Did Sarx work for Adana? Or was some other plan unfolding before him?

“You will come to understand very soon. But first, introductions must be made. I am known as the Lord.” [said Maligon]

“Why everything, of course. I have been gone for many years, but I’m back, and this time, they won’t send me away.” Anger sparked in the man’s eyes for a moment, then he smiled, and the fury faded. He leaned toward Pultarch. “We have much to do, Pultarch. With me, you will gain your dream.”

“Come now. You haven’t forgotten your heart’s desire so soon have you?”

Pultarch’s heart pounded in his chest. Adana. “But how?”

In this short interchange, we begin to see how much further Pultarch is willing to go to have Adana as well as how easily Maligon manipulates him. In addition, we get a hint at Maligon's deepest desires and the lengths he might go to achieve them.

What Other Characters Say and Think

Often we learn a lot about characters from other people in the story. How do others address your character or talk about them? This lets us know if they're respected, devious, humorous, clever, etc. It doesn't have to be a monologue about the person, just a phrase or a line can convey so much. Also, the point of view character's thoughts about others tell us a lot about the point of view character as well as the ones they're thinking about.

In The Watchers at War, one of the exiled watchers, Suru, is seeking to sneak into Adana's View after it's been captured. She's relying on a water watcher to guide her.

For the fifth time, Suru’s guide parted the ground foliage and scanned the area. She eased back before whispering, “There’s no one there, but I think we should wait a bit longer.”

Exactly what she’d said the last two times. During the first two, three of Maligon’s men stood near the pigeon coop, pissing into the weeds. From the smell, the men used the spot often.

Suru shoved her aside. “When did you become a coward?” She parted the heavy foliage and climbed out of the tunnel. “Are you coming?”

The other Watcher shook her head. “If you’re caught, I’ll alert the others.”

A snort of disgust was all Suru offered her companion.

The Water Watcher appears in two other short scenes. In each one, we see her through the eyes of another character, and their opinion, combined with her actions, tells us all we need to know about this watcher.

Using these techniques can help you create characters that jump off the page and entrance your reader. The key is to use them in the story's flow. As you read this week, you might want to study how your favorite authors use them.

What are your favorite character development techniques?