PIECES OF HER Now Available! 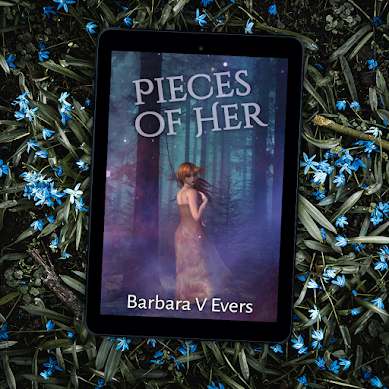 Being a woman is not for the faint of heart. This truth links the ten stories included in my new short story collection, Pieces of Her, now available on Amazon.

This compilation brings together stories I’ve written over the last twenty years. Each one takes the female experience and looks at the different ways, good or bad, women dealt with the issues of their lives.

“Prayers for Bethany” which won multiple awards and was nominated for the esteemed Pushcart Prize, looks at the heart of a mother dealing with her daughter’s deception and the resulting consequence.

Most of the people in this part of the hospital looked like her. Like they didn’t belong. They wore regular clothes. Some stood close, in a huddle. Others stared into space, their hands shoved in their pockets, shoulders hunched to ward off reality.

“Cedar Revenge” reveals the confusion and devotion between sisters and their youthful actions that can haunt them even when trying to do the right thing. It’s set during Christmas, too, so this would be the holiday story in the collection.

Warning bells rang in Heather’s brain. They looked too calm, too cool to be telling the truth. Just moments ago, they’d rushed out of the house like two pups caught digging through the trashcan.

“Just Me” explores looking for love in the wrong place. It’s a tad funny and a bit stalkerish, so it’s set during the mid-1980s when people saw the pursuit of love a bit differently. This story was a semi-finalist in the prestigious Faulkner-Wisdom writing competition.

I slunk down in the seat and peered out at the parking lot, twisting around to check it from all angles. Nothing moved. Inhaling like I was about to dive into the deep end, I shoved the heavy car door open, crouched down low, and scurried to the VW.

“Pieces” is also set in the early 1980s and takes a look at suspicions of domestic violence. This one had to be set in that time period for the responses to be realistic. Also, it’s the oldest story in this collection, written in 2004.

He lies. I know it. She knows it. She looks at me, her mouth dropping open in that peculiar way it does when she suspects something but is afraid to speak of it.

“John-E-Mail” tells a story through emails sent between a young woman and her military boyfriend serving in Iraq, with a few added emails from two other people. This one came from a writing prompt, and I hope you find it as amusing as I do.

I felt so left out, today. I rented Cold Mountain because Nicole Kidman knows how I feel. You know how she writes her boyfriend and tells him to come home to her and he does? I wish you could do that.

“The Wall” fit a call for submissions a few years ago. On a whim, I placed a husband and wife on opposite sides of the controversy.

She’d crept up on him like one of the snakes slithering in the underbrush, a frown creasing her forehead, turning her older and less attractive in his eyes.

“The Devil’s Wife” takes a look at an old wife’s tale I heard a long time ago. The shortest story in this collection, the last lines require careful attention to what the character says. I think it’s clever, but hey, I wrote it. LOL!

The wariness in her gaze gave Isaac pause. He knew the calculated look, the searching for a decision, trying to determine whether to share or not. What confession might spill out in his office today?

“Gentle Snow” remains one of my favorites. It looks at whether or not you’ll let your past catch up to you. Interesting side note: A few years ago, an author friend, Barbara Claypole White, commented on Facebook about the tension in this story. The other author she mentioned in the same post? Stephen King! Definitely made my day!

Sarah and Gloria had explored the large house during its construction, long before she knew it would become his lair.

“Books, Brandys, and Blue-Hairs” is another of my favorites. I wrote it not long after “Pieces” but, due to its length, never found a journal to submit it to. It’s been updated numerous times, so the original had different references than this version. An exploration of past mistakes, this time we dig into the family dynamics of a grown daughter forced to come home and live with her parents while recovering from a divorce. This story was a semi-finalist in the prestigious Faulkner-Wisdom writing competition.

Quiet settled over the dining room table like the night we’d learned of Uncle Joe’s death. The heater ticked as it kicked on and the blowers, shifting the hair on my head, pressed hot air down on me like it had on those dark days after the book banishment.

“The Magic of the Mountain” takes another look at mothers and daughters but at a later point in life. This haunting story with elements of magical realism, never found a home in a journal due to its length. I love it for very different reasons than the others in this collection, but explaining why would take too much time.

In the last few years, only Mom and I went, content to sit on the mountain, enjoying the peace of its green embrace. This year, I prepared to return alone one last time to say goodbye.

Enticed yet? The ebook is only 2.99 on Amazon. If you do read it, please consider leaving a review on Amazon. The more reviews a book gets, the more likely Amazon is to suggest it to potential readers. 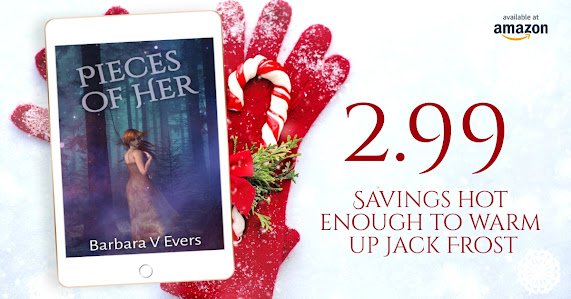