Check Out The Books! 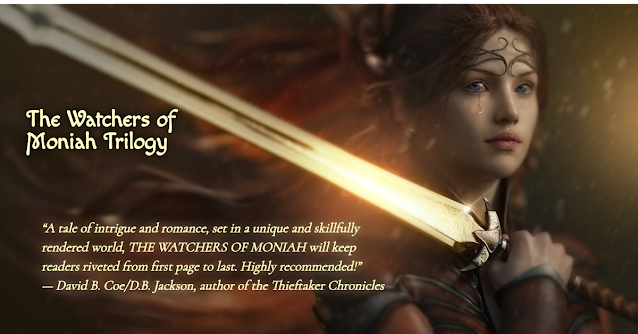 An elite Watcher trainee, fifteen-year-old Princess Adana had everything going for her. Everything, that is, until her mother, the queen, dies. Too young to be queen herself, her mother’s last royal act is a decree that seals Adana’s fate—she’s to be sent to the neighboring Kingdom of Elwar for her own protection. She’ll be alone there, as the only person Adana knew in Elwar—her betrothed, Prince Serrin—dies at the same time as her mother.
The three-year stay in Elwar seems like a death sentence, as she will be separated from her telepathically-bonded giraffe and removed from her Watcher training. It only gets worse when she meets the person who will be teaching her about the rules of court protocol and politics—Serrin’s stepmother, Queen Quilla, a sharp-tongued woman who dislikes everything Adana stands for.

When a vision shows her the existence of Maligon—a tyrant thought killed twenty years prior—she realizes everything is not as it seems in the Four Kingdoms. Evil is at work in the shadows, and Maligon will stop at nothing short of total control over the Four Kingdoms. Will she be ready in time to claim her birthright, or will Maligon succeed with his malevolent plans?

This novel won the Imadjinn BEST FANTASY NOVEL Award in 2022! 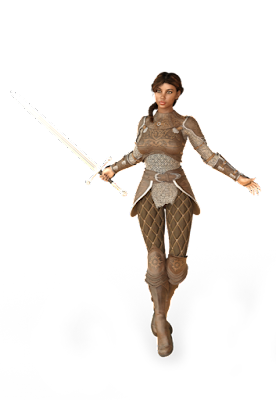 Who do you trust, when everything falls apart?
Attacked as she travels home to Moniah for her coronation, Princess Adana struggles to hold onto her kingdom. Driven from her heavily guarded caravan by soldiers she previously thought loyal, Adana follows the lead of the royal giraffes and flees to a small village in the Monian hinterland. Separated in the attack, her betrothed, Prince Kiffen of Elwar, is forced in the opposite direction, and he leads the survivors of the battle to the Border Keep between the two kingdoms.

Although isolated from each other, Adana and Kiffen can communicate through their telepathically-bonded royal giraffes, and together they seek to build an army to stop the traitor Maligon. Doing so may not be possible, though, as he has already overthrown the kingdoms of Belwyn and Teletia, and is using the couple’s betrothal to turn the people of both Moniah and Elwar against them as his army races across the savanna to capture the Seat of Authority in Moniah.

Maligon excels at turning loyal subjects into traitors, and Adana and Kiffen must find a way to trust not only each other, but those around them, while protecting themselves from within. Turncoats abound, and if Adana and Kiffen fail to recognize the ones in their midst, all hope will be lost for the Four Kingdoms.

The Watchers at War

This novel was a FINALIST in the Palmetto Scribes Novel Awards in 2022! 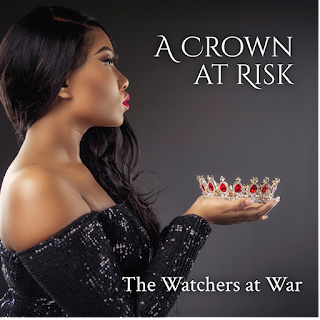 No throne, no crown!
Adana and Kiffen have retreated to the Border Keep like the refugees who swarm to them. With Maligon ensconced in Moniah and Kiffen’s stepmother controlling Elwar, the last of the Four Kingdoms has fallen to the traitor’s plots. All seems lost.

Now they must place their trust in the one-time tavern wench, Shana, as she struggles to convince the Watchers and Monians that she is their true queen. Is her destiny an honorable one, with fealty to Adana, the woman who gave her a taste of true freedom? Or treachery, as the wealthy queen of all Moniah?

While Adana and Kiffen struggle to hold on to the small island keep on the border between Elwar and Moniah, Princess Leera flees her mother’s rule and embarks on a journey to bring aid to her brother. Crossing the kingdoms isn’t safe, and this once-privileged princess has a lot to learn if she’s going to evade her mother’s men and make it to Kiffen in one piece.

With so much working against them and the traitor’s supporters hiding in plain view, Adana and Kiffen struggle to succeed while learning how to rule together. Can they truly unite their two kingdoms or will they forfeit and disappear forever? 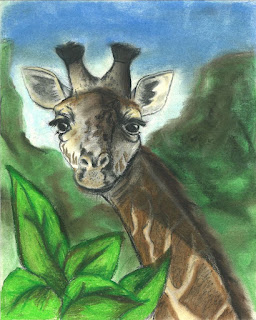 Find Out More About Barbara's Books

Don't get caught with your eyes closed!

There's more information on these sites:

For those of you looking for my post on National Buy A Book Day, scroll down below this post (after you read it). In this post, I'm responding to the first challenge in the Platform Building Campaign.  Here are the guidelines followed by my story: Write a short story/ flash fiction story in 200 words or less, excluding the title. It can be in any format, including a poem. Begin the story with the words, “The door swung open” These four words will be included in the word count. If you want to give yourself an added challenge (optional), use the same beginning words and end with the words: "the door swung shut." (also included in the word count)  Absence The door swung open, creaking on unused hinges.   Rachel leaned forward and studied the man slumped in the chair across the room. “Sam?” Her voice croaked.   She swallowed and tried again, a little louder.   “Sam?” The balding, elderly man jerked awake, snorting. She giggled at the memory of the sound. H
Read more

Last week’s post celebrated several conflicting interpretations of a flash fiction piece I wrote. Unfortunately, we rarely experience miscommunication issues with joy.  When I speak, I want synchronicity of understanding with my audience.  Is that hard to achieve? Yep! An incorrect interpretation creates a miasma that fills in the lacuna in our words. Did you understand that sentence? You might try to interpret what I meant through context, or maybe your mouth oscitated in shock, while you thought, “Barbara's talking about communication issues, and she tosses difficult words in the mix?” A simpler version of my sentence above might be: An incorrect interpretation creates a stinky mess that fills in the gaps in our words. (FYI, oscitated means gaped .) Simpler words increase the chance you’ll mirror my meaning, but they don’t guarantee it.  We bring our own experiences to the conversation, throwing everything off  because the significance of a word for me is different
Read more