Welcome To My World! 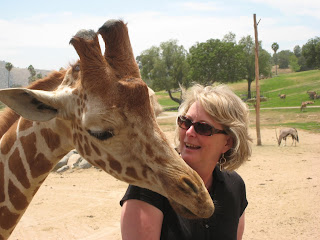 Welcome to Barbara V. Evers' official website. Here you will find a world of imagination and fun here.
Fantasy author, Barbara V. Evers, began storytelling at the age of four. She couldn’t read, yet, so she roped her Aunt Vivian into taking dictation for her. She is the author of The Watchers of Moniah trilogy and the two-time winner of the BEST FANTASY NOVEL IMADJINN AWARD. In addition, Barbara is a Pushcart Prize nominee and has won the Carrie McCray contest twice.
Her short stories and essays have appeared in the best-selling anthology, Child of My Child: Poems and Stories for Grandparents, The Petigru Review, moonShine review, and Stupefying Stories. 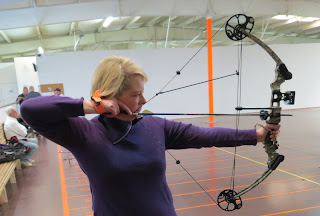 Barbara loves giraffes so creating giraffe characters in the world of Moniah was a natural step in her world building. In the real world, giraffes suffer a silent extinction. What does that mean? They are dying out, but they don't get the publicity that many other endangered species receive. As a supporter of the efforts to save the giraffe, Barbara encourages you to read more about their plight on the Giraffe Conservation Foundation's website (GCF) and consider donating to this worthy cause. Barbara donates a percentage of her royalties to GCF and uses her writing to spread the word about this serious issue.
When she’s not writing, Barbara is a professional trainer, speaker, and freelance writer/editor who has
taught and written customized training programs for multiple clients including three local colleges. In addition, Barbara enjoys teaching and encouraging other members of the creative writing community through conference workshops and special events.

Barbara lives in South Carolina's Dark Corner with two of her grandchildren, her husband, Bruce, and a rescue dog named Roxy.
To find out more:
Newsletter

For those of you looking for my post on National Buy A Book Day, scroll down below this post (after you read it). In this post, I'm responding to the first challenge in the Platform Building Campaign.  Here are the guidelines followed by my story: Write a short story/ flash fiction story in 200 words or less, excluding the title. It can be in any format, including a poem. Begin the story with the words, “The door swung open” These four words will be included in the word count. If you want to give yourself an added challenge (optional), use the same beginning words and end with the words: "the door swung shut." (also included in the word count)  Absence The door swung open, creaking on unused hinges.   Rachel leaned forward and studied the man slumped in the chair across the room. “Sam?” Her voice croaked.   She swallowed and tried again, a little louder.   “Sam?” The balding, elderly man jerked awake, snorting. She giggled at the memory of the sound. H
Read more