Gateway Books for Your Genre 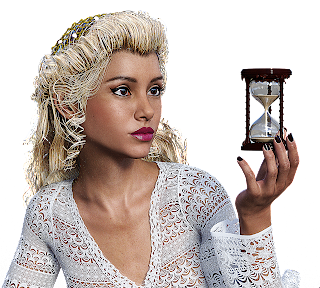 What were your gateway books to your preferred genre?

I participated in a panel at Atomacon last month that explored this question. I was amazed at the broad spectrum of answers AND the impact television and movies had on some of my fellow panelists.

First, we answered the question from the panel's title, so on my turn I told them I didn't originally read fantasy. In fact, I didn't start reading fantasy until I was in my early 30s. More about that in a moment.

I'm an eclectic reader and enjoy most fiction and some non-fiction. My brother read science fiction when we were growing up, and, although I read a few books in that genre for school, they never grabbed me. Plus, those were the books my brother read, so I didn't have much of an interest in pursuing his interests. Childish? Sure. Hey, I was a kid. So I grounded myself in mystery, contemporary fiction, historical fiction, biographies, chick lit, and yes, I read bodice rippers while in my teens.

At some point, I got bored with what I was reading. Everything felt like the same story over and over. I wanted something different. So I turned to my brother, but I had specific criteria. Give me something I could believe and accept as close to reality. It could have magic, but I didn't want heavy magic or stories in outer space that were as much about the technology as the story.

He introduced me to fantasy. I had no idea that the separate genre existed! What did he suggest first? Katherine Kurtz's Saint Camber series. Not only was it set in a world I understood, but it offered a magic system I could accept. From there, he suggested the Paksenarrion series by Elizabeth Moon and the Daughter of the Empire trilogy by Raymond Feist and Janny Wurts.

By this point, I'd begun prowling the fantasy shelves in the book store and discovering authors like Melanie Rawn and Kristen Britain. Then my brother introduced me to a series with three books out and only three more to go. What was it? LOL. Robert Jordan's The Wheel of Time (WOT). I was enthralled, and yes, I did read all of the books as they came out. In fact, Jordan's series influenced my writing more than any other books I've read.

As the panel at Atomacon talked about the books that led us to fandom, I recalled a book I had checked out over and over again from my school library. One of my favorite childhood stories of all times is George MacDonald's The Princess and the Goblin. If I had realized an entire realm of books like that one existed, I might have found my footing in fantasy much sooner. Alas, I did not know.

I can't even begin to tell you all the fantasy books I've read over the years since then. I've loved most of them, and I guess I should do a post soon about who my favorites are these days. And, yes, I still read other genres, but I venture to them for a short while and then return to fantasy. Nothing thrills and intrigues my creative brain more than the world building and stories in this genre.

As much as I hate to admit it, I must thank my brother for choosing the right books to get me started.

He'll be so hard to live with after he reads this.